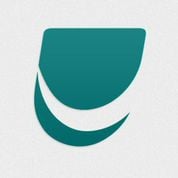 You already know that SISU Mouthguards are eight times tougher and 30-50% stronger than conventional mouthguards. But did you know they are available in up to 16 colors? We all have our favorites, and clearly, you do as well. But what does the color of your mouthguard say about you.

It just so happens; there is quite a bit of research on the psychology behind sports colors. Just for fun, here are some highlights:

In 2005, Hill and Barton published a study to show the color red in sports such as tae-kwon-do, Greco-Roman wrestling, boxing, and freestyle wrestling. Their findings were based on analysis done at the 2004 Olympics with comparably ranked combatants. They found when athletes wore red, they won significantly more matches than when they wore blue.

Research by Frank and Gilovich, in 1988, showed that teams wearing black were more intimidating than those in other colors. However, teams that wear black are penalized more often in the National Hockey League and National Football League than any other team colors.

Orange is mercilessly linked to radiant energy. In sports, orange is a great color as it symbolizes strength and endurance.

Regardless of the color you choose, you'll be able to start each game with confidence knowing that no matter how hard you hit, your SISU is there to protect you.

The SISU Triangle Is Much More Than Just A Design Element.