Roughing the Passer: What You Need to Know 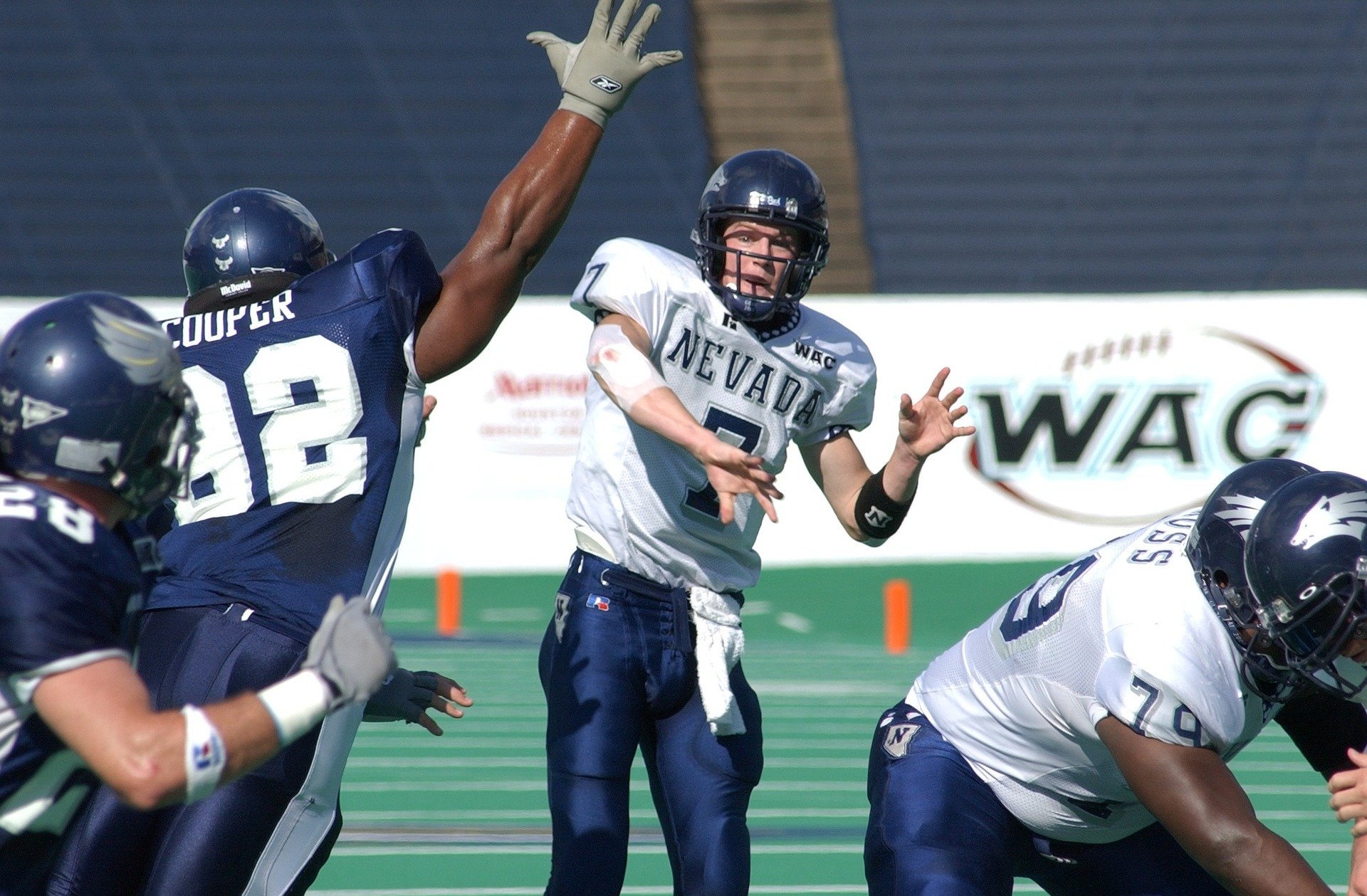 Getting a sack in the NFL is not easy, especially if you’re a pass rusher who has to shed blocks and avoid personal interference calls along the way.

To make matters worse, during the off season the NFL league added another section to their roughing-the-passer rules that forbid defenders from landing directly on quarterbacks. The problem, however, is that with so many players running around the field at high speeds, it’s difficult to avoid this violation.

This is why it received so much criticism from coaches, fans, and players alike. The new roughing the passer rule has also added a number of unwanted fines throughout the league as well, causing players to not even want to step on the field and play the game they love so much.

What Is the New Rule?

Well, under a microscope lens, rule 12, section 2, article 9 of the new NFL rulebook:

“Roughing will be called if, in the Referee’s judgment, a pass rusher clearly should have known that the ball had already left the passer’s hand before contact was made; pass rushers are responsible for being aware of the position of the ball in passing situations; the Referee will use the release of the ball from the passer’s hand as his guideline that the passer is now fully protected; once a pass has been released by a passer, a rushing defender may make direct contact with the passer only up through the rusher’s first step after such release (prior to second step hitting the ground); thereafter the rusher must be making an attempt to avoid contact and must not continue to ‘drive through’ or otherwise forcibly contact the passer; incidental or inadvertent contact by a player who is easing up or being blocked into the passer will not be considered significant.”

Despite all the controversy surrounding the new rule, the NFL stands firm in their decision and argues that there are some ways the new rule can benefit athletes on the field by minimizing general football injuries and risks. The committee also believes that by implementing this new rule, they can protect players from concussions and avoid head trauma later on down the road, which has been a big issue lately throughout the NFL with various lawsuits and negative attention. While this might true, however, the league continues to face lots of backlash.

For one, the new roughing the passer rule is misleading. The committee says the rule essentially makes landing on quarterbacks illegal, but it does more than that. Since the rule has been enforced in the NFL, every tackle on the quarterback is a flag-worthy offense if a defender land on top of them –– no matter their intent.

So, what’s wrong with this? Well, it leaves players like Anthony Barr, Clay Matthews, and other defenders helpless. If they tackle the quarterback, they’ll get flagged, fined, and possibly kicked out of the game. If they don’t make the tackle, however, then the quarterback is free to sit in the pocket and put points on the board all day long. The new rule also makes it difficult for players who otherwise have to wear prescription goggles align their hits correctly and make plays on offensive players from a safe distance.

The point is, the NFL rules against targeting quarterbacks exist for the same reason the rules for hitting the kicker, or long snapper were invented –– to protect athletes and promote safety. While roughing the kicker and long snapper have made impossible to hit them on the field without getting flagged, it’s not possible to eliminate contact against the quarterback. In fact, the quarterback is arguably the most valuable and targeted player on the field. Without them, the offense can’t function, which is why defenders do their best to get them out the game. As of now, there hasn’t been a lot of quarterback injuries, but as soon as one gets injured, fans could see more changes being made to the policy in the coming months.

Truthfully, since introducing this new roughing the passer rule, the NFL has not only weakened its on-the-field product, they’ve also created a larger problem. As fans become more aware of just how unsafe football really is, the NFL has clung to this idea that new technology (like helmets, mouthguards, and padding) can reduce serious injuries. In the end, however, no matter how many changes are made to the game of football, there will always be room for improving the sport and making it safe for everyone.