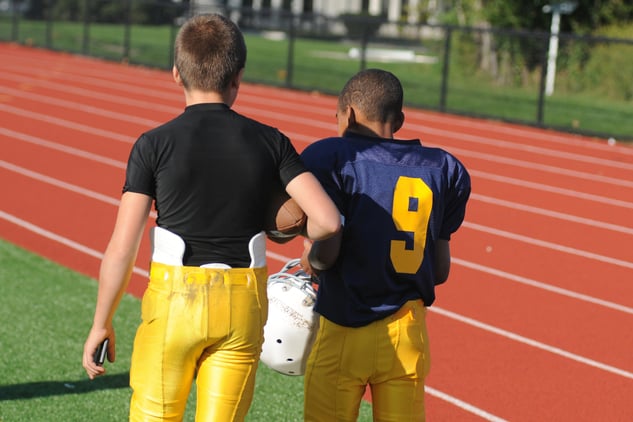 To raise funds and awareness for the fight against childhood cancer, football players across the country are dedicating their 2018 football season to kids with cancer as Kick-It Champions. Champions will accept donations and pledges for each field goal and extra point they make during the 2018 football season. All donations received will benefit childhood cancer research through Kick-It, powered by Alex’s Lemonade Stand Foundation (ALSF).

The Kick-It Champion program was started by All-State Ohio football player Matt Colella who battled cancer as a middle school student. His commitment to help others inspired his community and athletes around the country to become Kick-It Champions to raise childhood cancer awareness. Here are a few champions worth mentioning:

During the 2017 ACCHS football season, Rustin raised over $5,700. This year Rustin has set a goal of raising $6,000 throughout the season which will fund over two weeks of childhood cancer research. Lehigh Valley Children’s Hospital is generously sponsoring Rustin with a $500 donation towards his goal. Rustin will also be supported by his team as they work together to help him achieve his goal and raise money for children with cancer.

For more information, to pledge or to donate, visit Rustin’s Kick-It Champion page. Rustin first learned about the Kick-It Champions program this summer at a Kohl’s Kicking Camp. “I’ve always been interested in helping my community and giving back to help others,” said Rustin. “I heard Liz Scott, the mom of the founder of Alex’s Lemonade Stand Foundation, talk at camp last July and was inspired to help children with cancer.”

“I realize how lucky I am to participate in the Maine South Football program and I have the opportunity to contribute to raising childhood cancer awareness and funds for cancer research by using the skills that I have developed these past three years,” said Aiden. He credits his brother Sean and Coach Inserra because, “I would not be a football player without either one of them.” 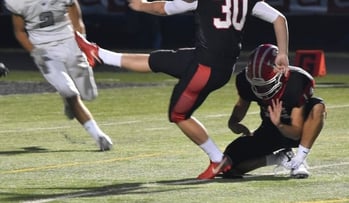 Aiden is inspired to do this for his mom’s coworker’s grandson who was diagnosed with cancer a few years ago. While he is currently fighting the disease, he is also giving back to childhood cancer causes. “If this kid, who spends his days in treatment, not feeling well and not being able to do the things that I can do, can take the time to help others, then so can I. That's a big motivator for me,” added Aiden.

He hopes to raise $1,000 which will fund two days of research.  For more information, to pledge or to donate, visit Aiden’s Kick-It Champion page.

“I’m trying to make a difference and give back to my community by helping fund research for childhood cancer by doing something I love,” said Michael. He hopes to raise $800 which will fund about two days of research. For more information, to pledge or to donate, visit Michael’s Kick-It Champion page.

Huxley was inspired to participate as a Kick-It Champion because of his teammate’s dad passing away from cancer. “My teammate Carson’s dad, Mark, was a huge part of the community, a great man, and somebody who everyone could connect with,” said Huxley. “He really inspired me to be a Kick-It Champion.”

Huxley hopes to raise $3,000, which will fund over a week of childhood cancer research.

For more information, to pledge or to donate, visit Huxley’s Kick-It Champion page.

Gavin has previously raised $6,320 and hopes to make it to $10,000 throughout the season which will fund over one month of childhood cancer research. “With your help, we can all support something much bigger than a football game, research to end childhood cancer,” says Gavin. He is dedicating the season to Cainan Craun who sadly passed away from childhood cancer this past January.

For more information, to pledge or to donate, visit Gavin's Kick-It Champion page.

It’s so inspiring to see football athletes from all over the country to commit to a cause. There are many more champions. We wish we could feature them all. To see all the champions or learn how to start your own program, visit the Kick-It Champions main page.