Test players for concussions in under 2 minutes with 97% accuracy! 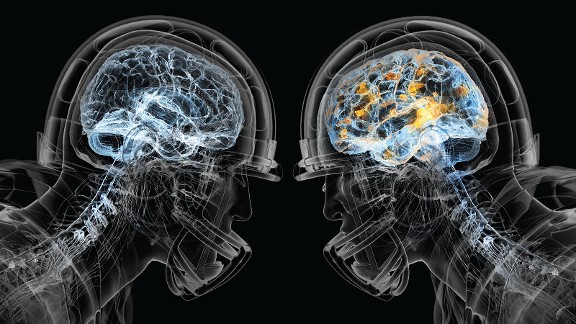 This 2 minute concussion test allows coaches and parents to accurately identify concussions in 97% of players. Learn how the King Devick (K-D) test, combined with a balance and thinking test can help your players stay safe.

April is Youth Sports Safety month and we are doing our part in educating parents, coaches and athletes on the importance of concussion awareness and risks. We want to make sure you guys have the best tools and information out there to protect yourselves and your players. With up to 3.8 million sports-related concussions being reported each year, there’s still plenty of concussions that go unrecognized and unreported.  The importance for accurate and immediate ways to evaluate concussions has never been more crucial, but what is the best way to determine if the player had suffered a concussion?

The answer is a  2 minute evaluation based on the K-D test, combined with a balance and thinking test.

The King Devick test was first introduced in the 1970’s to help diagnose learning disabilities such as, dyslexia and ADHD. In 2011, a study from the University of Pennsylvania Perelman School of Medicine concluded that the K-D test was an accurate way of determining head trauma.

Further research conducted by New York University’s Langone Concussion Center found that the K-D test can not only help detect concussions in college athletes, but athletes as young as five years old. In just two minutes, coaches and parents can more accurately (92% success rate) determine whether their child can return to play or needs to seek medical attention.

Rule # 1 of the K-D test? Set a baseline. A baseline score should be measured and recorded for each athlete at the beginning of the season. To be even more accurate, at the beginning of each game. Of course, coaches will most likely not have the time to test each player before they are placed in the game, so training the parents during the orientation meeting is a good way to insure the most accurate measurements before each game for younger players.

The K-D sideline concussion test requires athletes to read series of numbers from three postcards as fast as they can. The time it takes for each postcard is totaled together to get the final score.  If the player scores are worse than their pre-season or pre-game baseline score then they should be removed from activity and seek medical attention immediately.

The top left card is just an instructional card on the sequence to read the numbers, do not count that in your score.

Unlike other sideline concussion tests that measures cognitive functions such as orientation, memory, concentration and delayed recall, the K-D test uses rapid number naming to screen for saccadic eye movement, language/speech and attention/concentration. Since vision accounts for approximately 50% of the brain’s circuits, many of these pathways are disrupted when an athlete suffers from a blow to the head.

“Our findings in children and collegiate athletes show how a simple vision test can aid in diagnosis of concussion at all levels of sport,” says Dr. Galetta, who is also a professor of ophthalmology at NYU Langone. “Adding the King-Devick test to the sideline assessment of student athletes following a head injury can eliminate the guesswork for coaches and parents when deciding whether or not a student should return to play.”

Our favorite part? The simplicity. All you need is a stop watch and three post cards. Anyone with or without a medical background can administer this quick concussion test: coaches, parents and athletes. A simple and quick assessment like the K-D test could be revolutionary in preventing further brain injury.

K-D concussion tests for coaches can be purchased online for as little as $5.00 per players or you can download an iPad app  for $44.99. While the test could simply be printed off the internet, we encourage you to honor the partnership between the K-D and Mayo Clinic. Revenue Mayo receives from the sales of this test will be used to support its non-profit mission in patient care, education and research.

Update: Further research of the K-D test has proven that results can be effected by age and gender. As a result, authors of the study recommend three KD trials be performed, with the first trial considered a practice test.