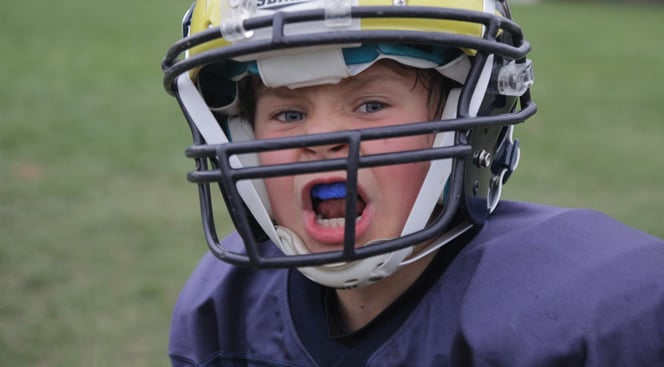 Although mouthguards are only required in some sports such as, football, hockey, lacrosse and women's field hockey, the American Dental Association recommends mouthguards for any sport where there is a potential for contact with another player or hard surface.

There are many contact sports that you wouldn't immediately identify as needing a mouthguard, but could benefit from one.  In fact, the ADA has named 29 sports which they recommend mouthguards for.

Despite these recommendations, 7 out of 10 Americans reported that their children did not wear mouthguards when participating in basketball, soccer, baseball or softball. This is an alarming statistic, as basketball now surpasses football in the number of dental injuries by 15%.

Making mouthguards mandatory seems like the obvious next step, but it's only part of the solution. Even sports that already have mandates, such as football, still see less than 75% compliance. With points at stake, athletes are still leaving mouthguards behind.  Here is why...

When players were surveyed as to why they don't wear mouth guards, the number one reason was that mouthguards are uncomfortable. This is totally understandable considering the sheer bulk of conventional mouthguards that gets in the way of talking, breathing and drinking. 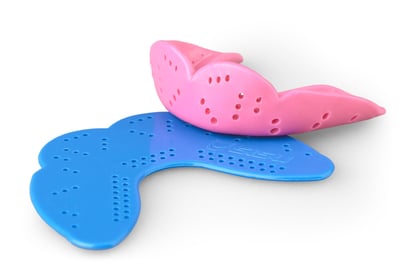 After all, conventional mouthguards have remained practically the same size, shape and materials since the 1960's. Athletes need a custom fit guard that allows them to talk, breathe and drink naturally.

Another key factor in athletes' attitude towards mouthguards, is, unsurprisingly, the opinion of their parents and coaches. As a major influence on younger athletes, our attitude towards safety influences their decision to wear a mouthguard for dental safety. In many cases, parents and coaches are the decision makers and purchasers of athlete's protective gear. Ideally, they should be encouraging athletes to always play on the safe side.

But studies have indicated that mouthguards are not usually insisted upon by coaches and referees. There are coaches who believe mouthguard play a large role in preventing injuries. On the other hand, some coaches argue that players don't wear them properly, they spread germs and that they impede speech and breathing.

Coaches may feel that they don't have enough information on mouthguards and dental injuries in general. They report that most information about mouth guards comes from sales representatives (72%), educational materials (33%), and dentists (11%).

The easiest way to combat these injuries is to promote mouth guard use. Mouthguards need to be comfortable, mandated and encouraged in order to get athletes to fully comply. It's a job that requires all-hands on deck - coaches, players, dentists, parents, governing bodies and manufacturers.

How a Custom Fit Mouthguard Can Improve Athletic Performance