Loops and Hoops - the Challenges of an Entrepreneur 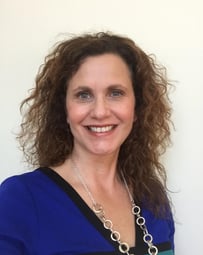 When I was a child, it was always implied by my parents that the only “real jobs” were the ones that had a career built in to them. The professions that would qualify as “parent-approved” would be to become a lawyer (like my brother) or a teacher, but preferably a professor (like my mother wanted me to) or a doctor (like the one I eventually married).

None of those fields interested me in particular. In fact, I had a very vague idea of what it was I would want to do when I grew up. There were so many interesting things I could think of. For instance, I had a pretty good voice, but at that time, there were no American Idol kind of “fast tracks” to stardom.  I didn’t have a clue on how to do it on my own, nor did I have a clear idea on how to become an actor. I remember strutting around Disneyland, hoping to be discovered by some famous director that would just happen to pass by.

Years went by, I grew up and started to gain work experience. I worked as a hotel receptionist. I worked at a bakery where I bussed tables and made sandwiches. I landed my first “real” job at the tourist office/visitor center in my hometown. Then a job opportunity at a language school for youth presented it self.  An executive assistant. A copy writer. A TV anchor. A reporter. An editor.  A producer. An author. I, eventually, had my own production company and I became a freelancer. A freelancer in life skills, really.

But did I ever see myself as building and being the CEO of a company? Never in a million years. Nevertheless, 6 years ago, I was handed a pile of mouthguards and an encouraging “I know you can do this” from my husband.

But to grow and nurture an idea, an embryo in my brain, to actually seeing the product being used by customers – that was the real satisfaction. And I swear that only by having such a wide experience from my many different jobs in the past, was I able to understand how to get answers to questions, how to finagle my way through loops and hoops. And I think that this is what entrepreneurships is all about. Not fearing the unknown, but finding fulfillment in the challenge itself and feeling the endorphins rush just from planning the task ahead.

I might have disappointed my parents by not becoming a professor. But I take comfort in the fact that I have shown my children that anything is possible – if you can face the challenges of entrepreneurship with an open mind and maybe even with a smile.

Our Fight: The story of Every athlete

US Women's Lacrosse: Revised Rules for 2016