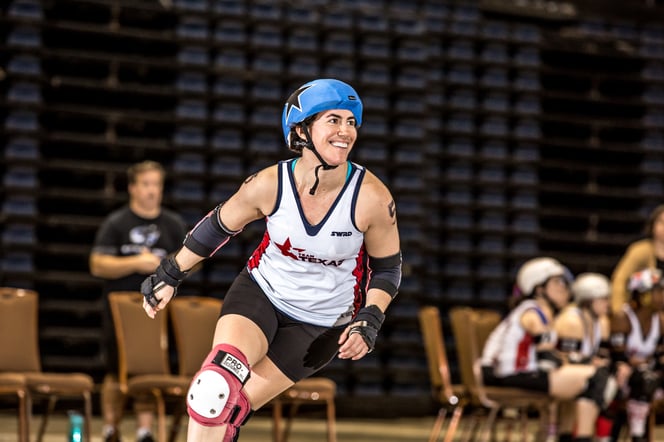 One of the first penalties I received in flat track roller derby was an illegal procedure for removing my mouthguard during a jam. I remember this distinctly because I needed to communicate to my teammate, but the mouthguard I was wearing was too bulky for me to communicate easily, so I took it out and called the play. She heard the message but an officiator called the penalty and I was sent off the track annoyed. I never did that again.

Roller derby is such a strategic sport, you need to have the ability to communicate when you want and with ease - just keep your mouthguard in! There are things you need to know if you’re going to be one of your team’s key communicators on the track. Here are 5 roller derby tips to improve your on-track communication now.