5 Steps to Limit Exposure to Mumps

With Lee Stempniak bringing the number of confirmed cases of mumps to 17, we thought it was a prime time to expose a “dirty” little secret: mouth guards exposed to virus and bacteria could be the leading agent in spreading mumps in the NHL.

“Mumps is a disease that is spread through saliva, coughing and sneezing,” explained Dr. Akervall, Chief Medical Officer of  SISU Guard , “In contact sports, players are particularly susceptible to the transmission of germs through saliva. While some exposure comes from direct contact during play, there is another risk of exposure – through the use of conventional mouth guards.”

“The New York Rangers have another mumps case, and the Pittsburgh Penguins and New Jersey Devils might not be done with the contagious disease.” Reports  USA Today in the latest update on the mumps outbreak. Chuck Fletcher, general manager of Minnesota Wild, confirmed that ten percent of his team contracted the disease, yet all players were vaccinated at an early age.

Since 1967, administration of the mumps vaccine reduced the cases of mumps in the United States by 99 percent. The vaccine works! So, why the hockey outbreak?

As players remove heir mouth guards during the game in order to talk and drink, respiratory droplets collect on their hands or gloves. From there, the germs spread progressively to the equipment, locker rooms and then teammates. 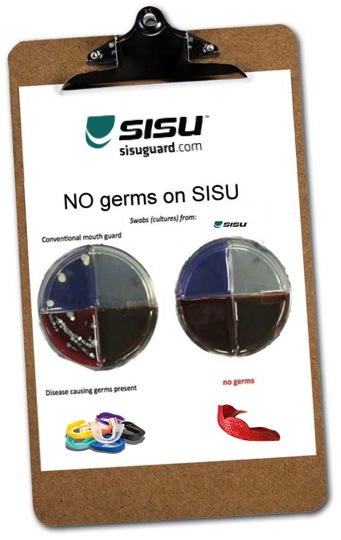 A study by R. Thomas Glass, DDS, PhD showed that athletic mouthguards worn by ice hockey and football players harbor large numbers of bacteria, yeasts, and molds, which, in turn, elevate the exposure to disease. A similar  study, supervised by Dr. Akervall , showed that even if players washed their hands before the game, their hands contracted germs during the game or practice, and those germs spread to the mouthguards which the players touched during the game.

Yet, mouthguards are part of sports’ essential protective gear. According to the American Dental Association, mouth guards should be worn in all contact sports during games, bouts and practices. So, what should you do to prevent mumps?

While the NHL mumps outbreak is rare, it can happen in any sport.

How to avoid mumps:

THE ULTIMATE GUIDE TO THE X-GAMES RESORTS