The 2014 FIFA World Cup is coming to a close, but don't retire from your televisions just yet. The 2014 Lacrosse World Championship is preparing for its launch in Denver, Colorado this coming week, and things are looking good for the home team. 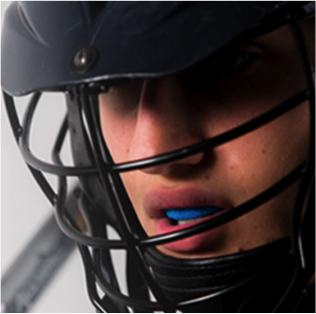 Having won the championship every year except for two since the tournament’s birth in 1967, the United States is highly favored to continue its winning streak this year. But Canada, the only other team to ever win a championship, is preparing its own all-star roster in hopes of dethroning the USA. A record breaking total of 38 nations have entered to compete in this year’s tournament, and every one of them is itching to challenge the titleholder.

Participation in the Lacrosse World Championship has been increasing exponentially as lacrosse gains an international foothold as a competitive pastime. Originally a Native American sport, the first five World Championships of "the fastest game on two feet" were played between just four national teams, including the United States, Canada, England and Australia. Since then, lacrosse has been gaining worldwide popularity among athletes, as can be seen by the steadily increasing list of competing nations.

Owning both the most number of World Championship titles and the claim to the sport’s origin, the United States is well suited to achieve another title this year.  History aside, it is the quality of the roster that will ultimately determine the winner, and Paul Rabil is on ours. Rabil is the wonder boy of Major League Lacrosse and secret weapon of the United States’ team. He was voted the best midfielder of the 2010 Lacrosse World Championship, from which the United States claimed the title. A testament to the sport's rising popularity, he has also recently become the first lacrosse player to ever become a millionaire from endorsements and sponsorships. Rabil’s NCAA career at Johns Hopkins consisted of two Championship titles, three United States Intercollegiate Lacrosse Association (USILA) First Team All-American awards and one USILA Third Team All-American award. Since his introduction into the Major League Lacrosse in 2008, Rabil has been awarded offensive player of the year and Most Valued Player nearly every year for his team, the Boston Cannons. All of his achievements in both professional and collegiate lacrosse make Rabil the winning edge that the USA is going to need in order to defeat their Canadian rivals.

Since the start of the tournament the US and Canada have always faced one another in the championship game. While the 28-year-old Rabil is the most valued player on the US team, the Canadians have a secret weapon of their own. 39-year-old John Grant Jr. may very well be the best Canadian lacrosse player in history. The 6’ 2” attackman started his career at the University of Delaware in 1994. In ’95 he won the Rookie of the year award and has continued to excel ever since. The two players will no doubt be going head to head fighting to earn the title of best offensive player of 2014. While Rabil’s collegiate career consisted of more championship titles, Grant has been playing professional lacrosse for 8 more years than Rabil, and that kind of experience is going to be very important in the long run of leading their team to victory.

SISU Guard will be at the World Championship this year. Our guards will be sold by Athlete's Connection and Tema Lacrosse. You can visit with us at the Tema Lacrosse Booth to pick up a cool helmet sticker with purchase. And if you happen to run into Kyle Harrison, ask him what the coolest mouthguard on the planet is?!

Why we love Airsoft (And you should too!)