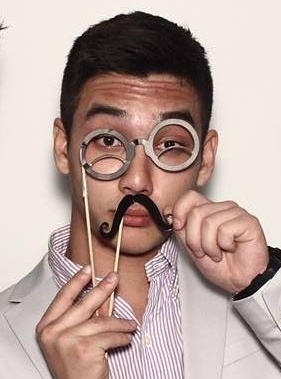 The Fight for Gender Equality in Sports

Today is National Women's Equality day! We thought it was a great time to look at the history, accomplishments, and trailblazers of women in sports.

To start, modern medicine in the 19th century was limited. There was a widespread belief that people had a finite amount of energy. People questioned women’s ability to participate in sports going so far as to cite safety as a reason to suppress their participation. On top of this poor understanding of human health, there was also an idea floating around that women were in somewhat of a “weakened state” during menstruation. The manipulation of science to preserve sexist dogma survived for years in spite of evidence that women were just as capable as men, resulting in some notable gender inequality in professional sports.

Much progress was made in the 20th century. The 19th amendment empowered women and gave the more social power to effect change. During WW2, traditional male industrial jobs were filled by women. This shift in social norms helped expedite the fight for women's equality in sports. These two big wins along with a number of smaller victories won by organizations like the Commission on Intercollegiate Sports for Women (CISW) helped pave the way.

Women have made great progress in sports because of the hard work of women (see below) like Billie Jean King. King rose to prominence in the 1950s and 1960s. She is considered one of the best tennis players in history and a vocal advocate of women in sports. King was the trail blazer in the "Equal play. Equal pay." movement and helped establish the Virginia Slims Series and the Women’s Tennis Association. She is most famous for her “Battle of the Sexes” match in 1973 when she beat former men's champion Bobby Riggs.

Women’s opportunities in sports were severely limited prior to federal legislation calling for equality. This legislation came in 1972 and when Title IX was introduced. Under this law no one in the US, on the basis of sex, could be excluded from participation in, be denied the benefits of, or be subjected to discrimination under any education program or activity receiving Federal financial assistance. Prior to 1870, activities for women were more recreational exercise than sport-specific. These activities were informal and lacked rules.  At the turn of the century, women began to form more clubs that were more athletic and competitive.

Women now make up over half of all collegiate athletes, but they still don’t get an equal portion of athletic opportunities. Women’s college sports teams almost always receive less funding than their male counterparts. The participation problem has largely evened out, at least at the college level, but there is still the issue of recognition, funding, and equal pay (at professional level).


We as a society, have made great progress in the fight against gender inequality in sports, but we’re not done yet. We need to empower both boys and girls. Sports play a huge role in supporting the growth of our kids. No one should be left behind.

All eyes were on Mo'ne Davis when she was one of two female players to participate in the Little League World Series in 2014. She was the first girl to earn a win and to pitch a shutout in LLWS history. Davis was the first little league baseball player EVER to be on the cover of Sports Illustrated.

In 2015, Jen Welter became the NFL’s first female coach when the Arizona Cardinals brought her on as a coaching intern.

The first African American woman to win an Olympic gold AND the only American to take home the gold medal in the 1948 London Olympics.

A 17-year-old pitcher who was the first and only person to strike out baseball stars Babe Ruth and Lou Gehrig back-to-back.

Exploring the Real Injuries of Pro-Wrestling

How Increased Awareness About Concussions Is Driving Football Tech Innovations