Do Mouthguards and Helmets Prevent Concussions? 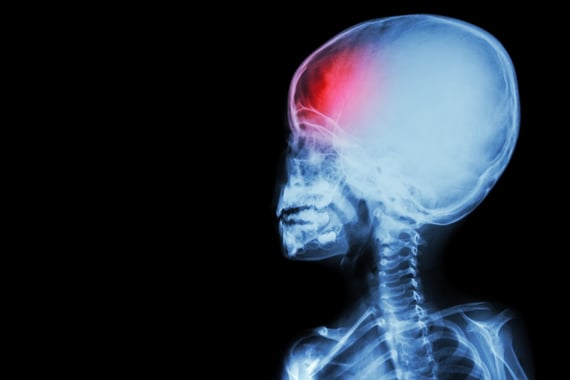 For us, summer means tournament season. We travel all over the country, interacting with hundreds of parents and athletes. One of the most common questions we get from potential customers is “do these mouthguards prevent concussions?” To put it bluntly, the answer is no! Here’s why...

Despite the lack of scientific evidence, this popular concussion myth has been taken as fact by coaches, parents, athletes, and even mouthguard companies trying to up sell their product.

As stated by the "Consensus statement on concussion in sport", there is not enough quantitative, reproducible, or definitive data that can confidently suggest mouth guards can prevent concussions.

Studies aside, let’s take a look at it from a physics standpoint. Inside the skull, the brain is surrounded by cerebrospinal fluid to cushion it from light impact. Concussions are caused when your head is hit so forcefully that your brain bounces against the inner walls of your skull. This results in chemical changes in the brain and sometimes stretching and damaging brain cells. It’s whiplash for your brain.

If a person sustains a powerful enough hit to where the brain actually moves within the cerebral fluid, no mouthguard (no matter how shock absorbing it claims to be) will successfully prevent that movement from occurring.

This can be demonstrated with a simple simulation. Take an egg (brain) and put it in a jar (skull) filled with water (brain fluid). Shake it to simulate a blow or tackle. The floating egg cracks.

Now cover the jar with a towel or cushion to represent a mouthguard or helmet. Shake the jar again and the egg will still break.

While your brain is more resilient than an egg in a jar, it helps demonstrate that no matter how well you cover your teeth or head, you cannot defy Newton’s first law of motion. An object in motion stay in motion. The fluid surrounding your brain is not sufficient cushion to prevent damage from a serious impact

While an athlete is running on the field and suddenly gets tackled, their brain keeps moving until it is stopped the inside of their skull.

Believing in this myth is dangerous as it can provide a false sense of protection for athletes. They may be willing to hit another player harder thinking they have the extra protection of the helmet and mouthguard.

As a mouthguard manufacturer, it would be completely unethical of us to claim that our guards prevent concussions. We stand by one mission: Keeping👏 Our 👏 Players 👏 Safe! No amount of profits are worth an athlete’s safety.