Last weekend the UFC released the extended preview for the fight (above). The tension built between these two fighters is glorious. Correia is determined to finish off the Four Horsewomen and Rousey has her heart set on vindicating her friends losses.

But we're more excited to see how Correia's standing boxing techniques will counter her opponent's quick throwing and arm bars. Rousey is a 4th degree Judo black belt and Olympian. Her ground game is on point.  While Correia has a blue belt in jiu jitsu and a purple sash in Kung Fu, her experience is still no match.  How will she handle the fight once it's quickly moved to the ground? 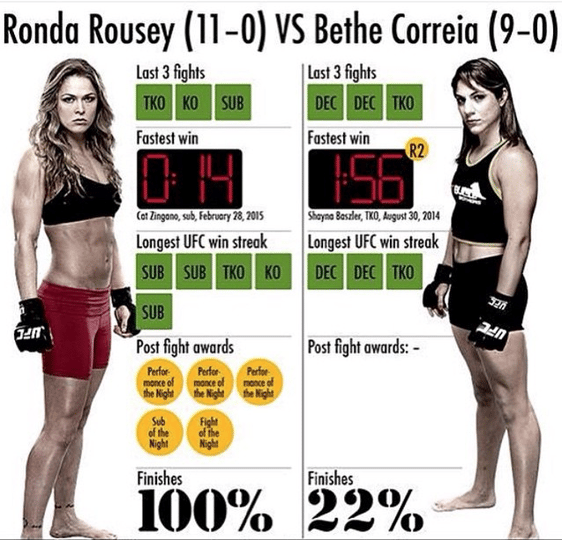 Tarec Saffiedine: Back on the Mat for BJJ Nationals