Here are some photos of the athletes who won Gold medals:

And 14-year-old Chloe Kim became the youngest winner in Winter X Games history with a gold medal in Snowboard SuperPipe. (Click on photo below to watch the video). 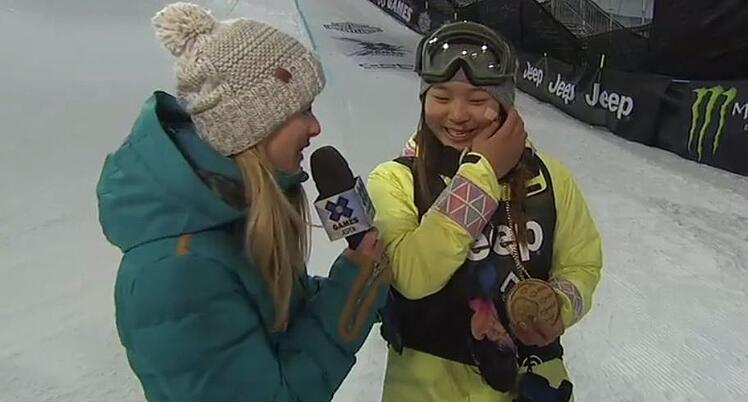